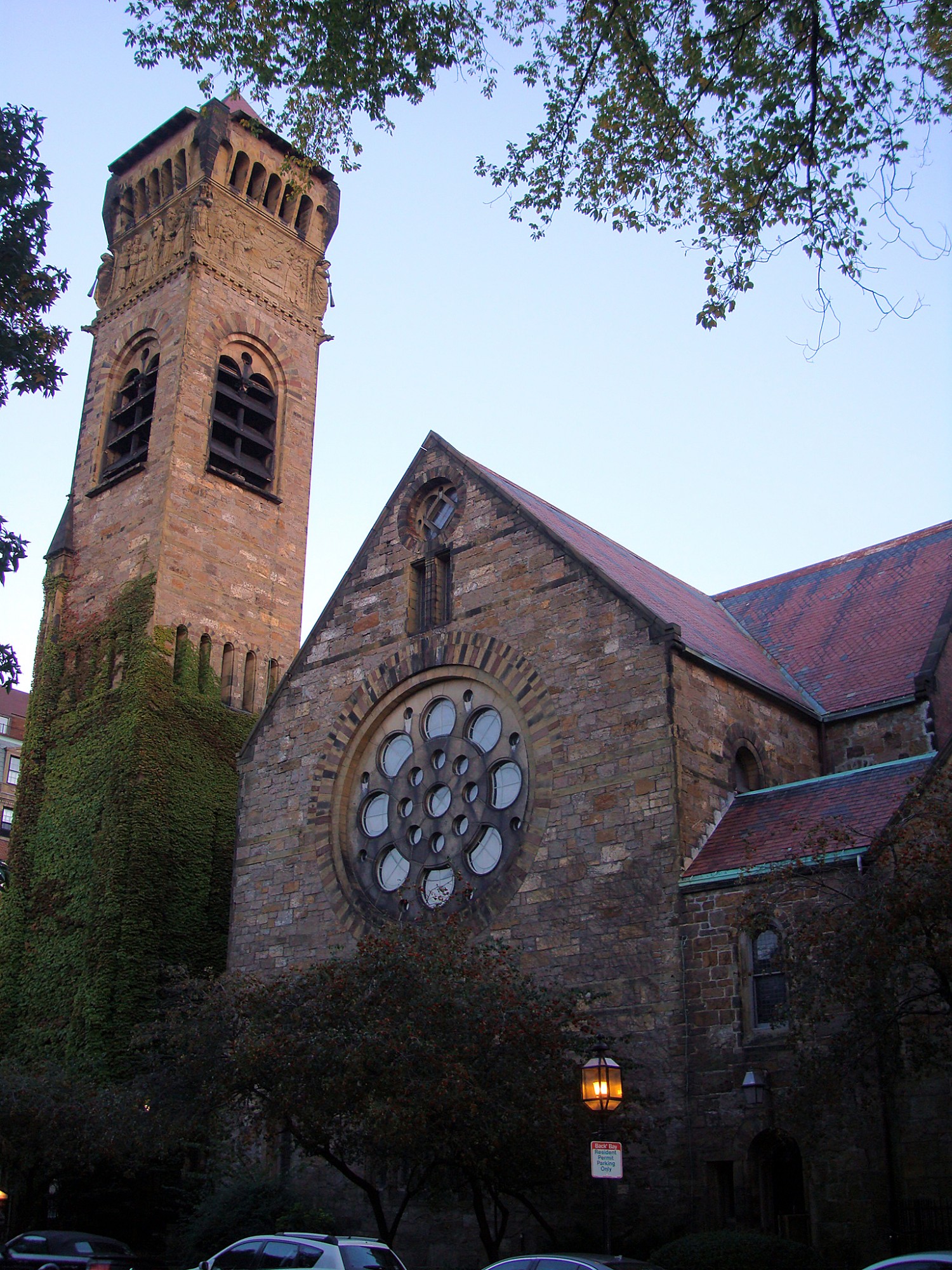 110 Commonwealth Avenue, Boston, MA (at the corner of Clarendon and Commonwealth) see map | firstbaptistboston.org | Founded in 1665

Some of the features of the sanctuary are:

Organ: A Hook and Hastings instrument, built in the mid 1800’s. Some of the pipes, however, were part of an instrument built by Samuel Green in England about 1790. Originally a tracker organ operating by mechanical means, it has been rebuilt and now functions by electricity.

Tiffany Glass Window: Depicting the baptism of Jesus is a stained glass window designed by Louis Comfort Tiffany. Given to the Church in 1906 by Samuel B. Hopkins in memory of his wife, Rebecca Frasher Hopkins.

Three Rose Windows: (One over each balcony) Of unusual beauty; Norman in style, with floral motifs.

Jewel Window: (rear of sanctuary on North side) Little is known of the origin and history of this window, but its bright floral beauty is well worth noting.

Tablet to Henry Dunster: Given to the Church in 1907 by Dunster’s descendants.

Bust of Rollin Neale: (at the right of the platform) Second longest ministry, 1837-1879. “Noble and kindly,” apparently loved by his parishioners. 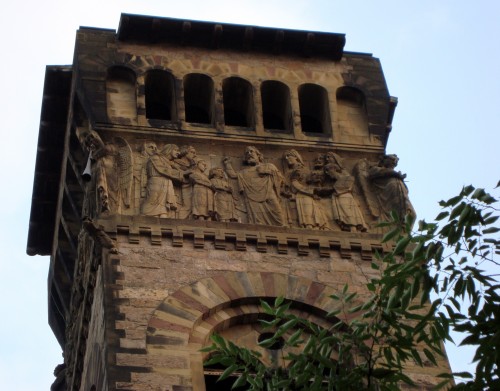 Is has been said that if Bartholdi had not created the Statue of Liberty, he would be totally forgotten today. Architect H. H. Richardson, famed for his brownstone Romanesque public buildings, designed this as the Brattle Square Church in 1872. He commissioned the French sculptor Bartholdi to cut the decorative frieze to terminate its flat-topped Italianate belltower. The bas-reliefs on the four sides represent baptism, communion, matrimony, and death. Thanks to the angels sounding trumpets on the four corners, the building was nicknamed the Church of the Holy Bean Blowers. Some of the angels may look familiar: Bartholdi used the faces of Lincoln, Emerson, Longfellow, Hawthorne, and Garibaldi.