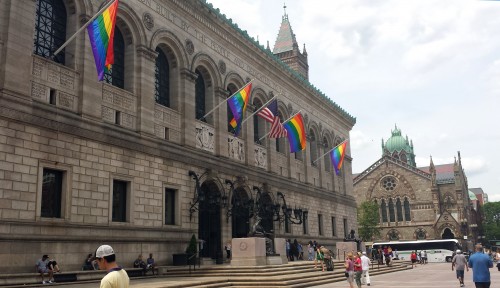 Established in 1848, Boston Public Library was the first public library in the United States, and it is still one of the largest public libraries in the country. The original building, featuring a palatial facade, a grand staircase, and a classical courtyard, was designed in the Renaissance style by McKim, Mead, and White and opened in 1895.

Notable Features of the McKim Building:

The BPL’s central courtyard is surrounded by an arcaded gallery, based closely on that of the sixteenth-century Palazzo della Cancelleria in Rome. The center of the courtyard features the bronze sculpture Dancing Bacchante and Infant Faun, by Frederick Macmonnies. 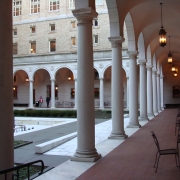 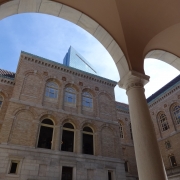 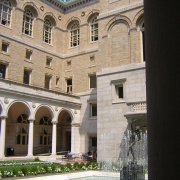 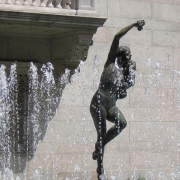 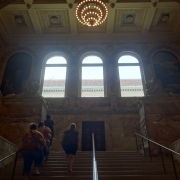 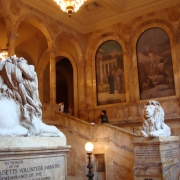 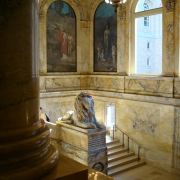 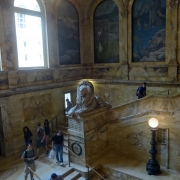 “Acknowledged by many to be architecturally one of the most important rooms in the world, Bates Hall features a majestic barrel-arched ceiling enclosed by half domes on each end, English oak bookcases, busts of eminent authors and Bostonians, and a richly carved limestone balcony. The hall, located on the second floor of the McKim building, is named in honor of Joshua Bates, a London merchant banker born in Weymouth, MA, who in 1852 gave the Library $50,000 for the purchase of books.” 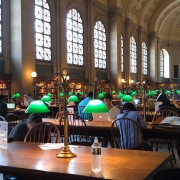 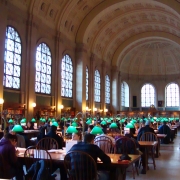 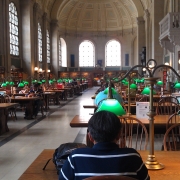 “Murals entitled the “Quest of the Holy Grail,” by American artist, Edwin Austin Abbey, grace the walls of the Abbey Room on the second floor of the McKim building. The murals are composed of a series of 15 panels featuring 150 life-sized figures illustrating the Arthurian legend. The room also features a beautiful fireplace of French rouge antique marble, dark oak wainscoting, and a beamed ceiling modeled after one in the library of the Doge’s Palace in Venice. ” 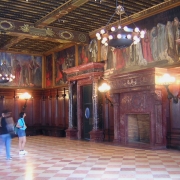 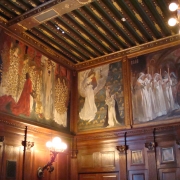 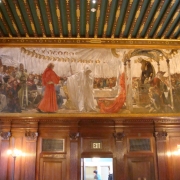 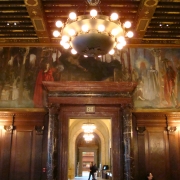 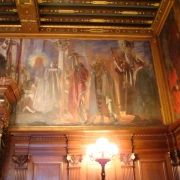 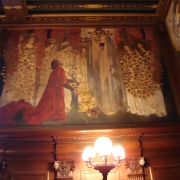 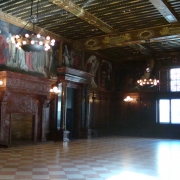 One of Boston’s greatest hidden treasures is located on the third floor of the Boston Public Library (McKim building): John Singer Sargent’s mural cycle The Triumph of Religion.

“Sargent considered this effort to be his most important work. Distinctly different from his well-known portraits of distinguished Americans and Europeans and his delicate landscapes, Sargent painted in the style of Italian Renaissance frescos by incorporating the architectural detail of the building into the work. ” 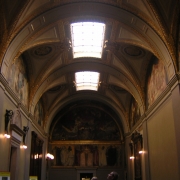 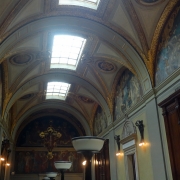 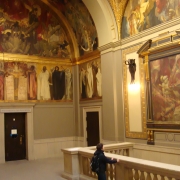 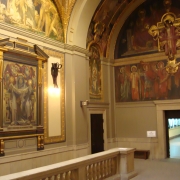 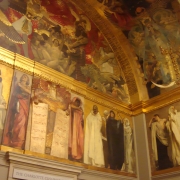 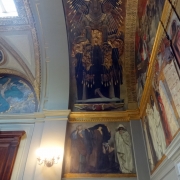 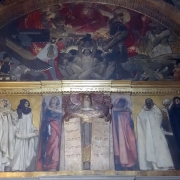 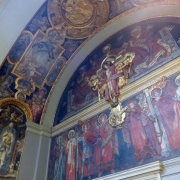 Great blog post with a lot more information and links about the BPL’s Sargent Murals:
http://linesandcolors.com/2011/08/12/john-singer-sargent-murals/