According to bosguy.com … ” The Burrage House (named after the attorney, businessman, and philanthropist Albert C. Burrage and his family) is one of many distinctive properties that dot Back Bay’s Commonwealth Avenue. The home which was initially constructed in 1899 is now divided into six condominiums each worth several millions of dollars and rent for $15,000+ a month. Local football fans know that a few years ago Patriot’s quarterback, Tom Brady, called this home. ”

A video on bosguy.com shows the interior of the Burrage House 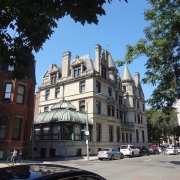 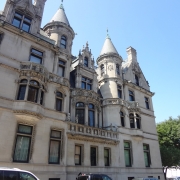 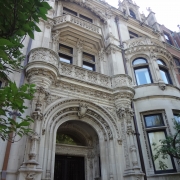 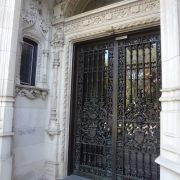